When was the last time you took a day off of work?  Chances are, you've taken a day off at some point this year.  Maybe you were sick or went on vacation.  Imagine if you started your job January 1st, 2012.  If you worked as many days in a row as Cal Ripken Jr. did during his streak, you wouldn't get a day off until some time December, 2022.  Yikes. 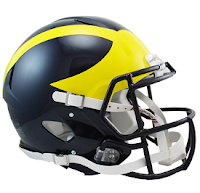 University of Michigan's Football helmet may be one the most iconic helmets in all of football.  But did you know that the Wolverines weren't the first to don the winged design.  Former Princeton University Head Football Coach, Fritz Crisler decided to add a design to his players helmets so that the Quarterback could distinguish his players down field.  The design was said to resemble a fighting Tiger with it's ears flared back.
When Crisler left Princeton, he took the winged helmet to his new school where the Maize and Blue have made it what it is today. 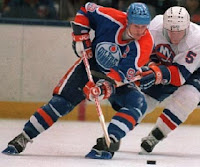 
Dwight Howard is known by many as Superman.  Despite what Shaq has to say, it's hard to protest.  Howard can straight up fly.  On a recent episode of Sports Science, he set out to prove his jumping ability.
Let's just say, he took off.