While the NHL continues to sit silent, the skate industry is looking to make some noise. This Spring, 4 of the leading skate manufacturers will be unveiling there new skate lines and we wanted to give you a sneak peak at what's to come. 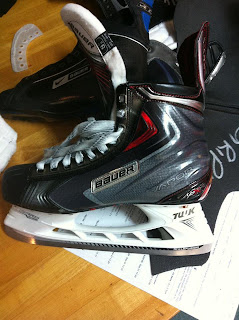 Bauer has had a handle on the skate industry for years. After unveiling the Nexus Line and a revamped Supreme line, it was time for Bauer's Vapor line to get a facelift. To the left, you will see the new Vapor APX2. While full specs are still not available, here's what Bauer has to say about their new skate. 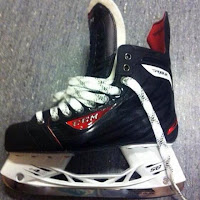 CCM will be unveiling a new skate called the RBZ. Going with an all black look and a signature red liner, CCM seems to be going for the traditionalist with their new offering. Very little is known about the skate, but it may be safe to assume that the red accents may be customizable to fit your teams colors, as was the case with the CCM U+ Crazy Light Sr. Ice Hockey Skates (Google Affiliate Ad). 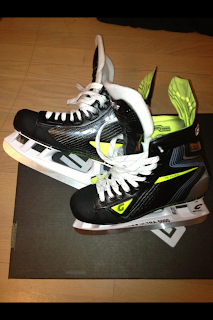 Graf is stepping up their game with a new series of skates that has insiders intrigued. While it's been tough finding Graf at some smaller shops, the company is looking to increase their visibility through marketing which may translate to more availability of the brand. Keep an eye out for this line, I think it may be the beginning of a new chapter for this niche player. 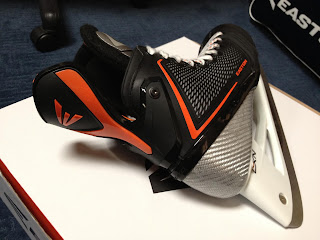 The most highly anticipated skate of the Spring 2013 season may well be the Easton Mako. The company has changed leadership recently and is looking to really make a dent in the skate market. Easton is following up their recent launch of the Stealth skate line with the Mako. After acquiring MLX hockey, Easton has incorporated several elements into this skate. From a floating tendon guard to composite boot, the Mako should be one of the most form-fitted boots to ever hit the market. It will be a stand-alone skate, so you won't find a low priced alternative. But if you're in the market, I'd recommend trying these on. Thanks to Bauer, ModSquadhockey, and PHEW for some of the pics and info on these skates. And look out for them this Spring.